The ETM allows users to explore the impact of changes in outdoor temperature on energy demand using the temperature slider in the weather conditions section. 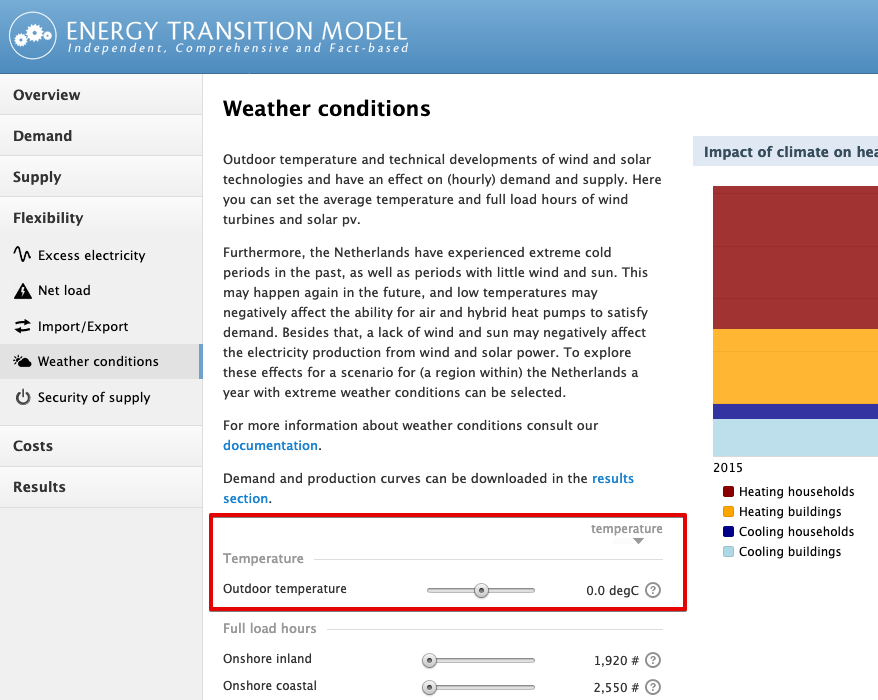 Alternatively, users can select an historic 'weather year': a consistent set of weather data that impacts full load hours and production curves of weather-dependent power sources such as wind turbines and solar PV, as well as temperature-dependent demand curves such as heating in households. Choosing a weather year automatically changes the average outdoor temperature to the average of the selected year. This feature is only available for (regions in) The Netherlands.

The temperature dependent demand is assumed to increase by approximately 15.1% per degree C below the average. This relationship is assumed to be linear and works both ways: a 1 degree C increase leads to a 15.1% lower demand.

This heat factor is applied to all temperature-dependent useful demand nodes in the ETM.

Below, the sources and assumptions behind these numbers are explained in detail.

The impact of the average outdoor temperature on heating demand is based on research by the Task Force Monitoring L-Gas Market Conversion and the Dutch gas TSO Gasunie Transport Services. The latter regularly publish a so-called 'degree days equation' that links degree days to gas demand.

For the 'gas year' 2019/2020 the estimated relationship between degree days and gas demand is as follows:

This means that 26.163 bcm (billion cubic metres of natural gas) is temperature independent. For each degree day, total gas demand goes up by 0.0105 bcm.

Please note that this equation is about the demand for low-caloric gas (L-gas) in The Netherlands, as well as parts of Belgium, France and Germany. 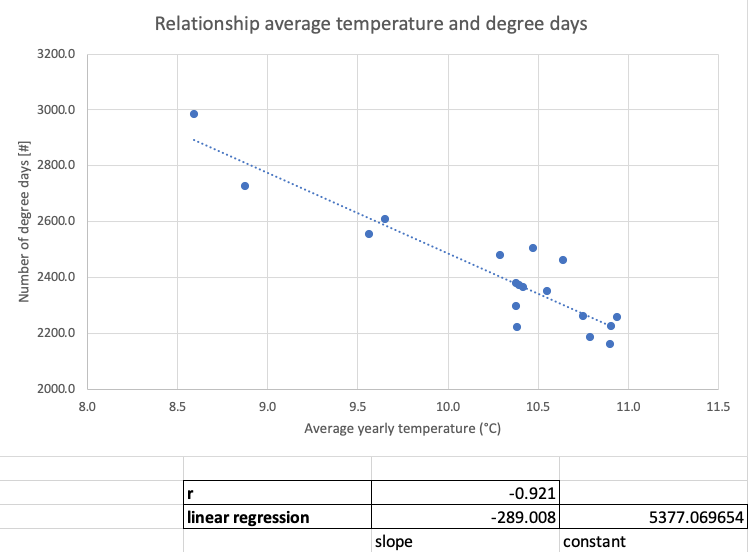 For the year 2019/2020, research by the IEA, ENTSOG and the Dutch Ministry of Economic Affairs shows that Dutch L-gas demand is expected to increase by 15.9% in a 'cold year' compared to a year with average weather conditions (source, p.29). A cold year has around 615 more degree days or a 2.15°C lower average temperature (615 / 289 = 2.15). Assuming a linear relationship (as the degree day formula above does), this is a 7.4% increase per degree C below average.

As opposed to heating, the relationship between cooling and temperature is not linear. The ETM assumes the following relationship:

The useful demand for cooling is multiplied with this cool factor. 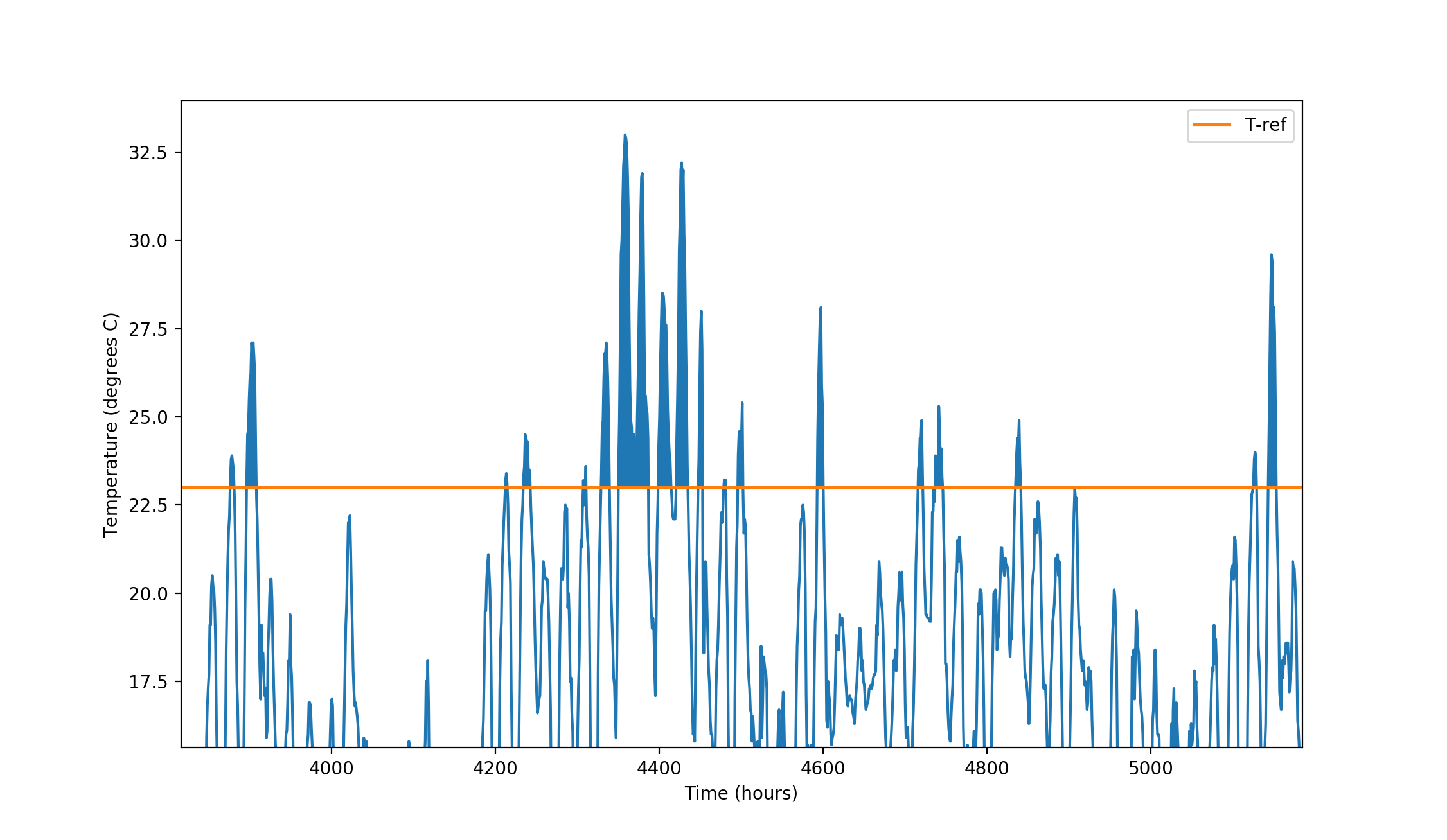 Figure 1: Temperature curve in the Bilt for 2010