The RES dataset are a complete set which was compiled in the same way, based on the same data sources. Section 1 contains information about the method and sources.

For some regions a dataset was already available. Some of these datasets differ slightly from the RES dataset. in section 2 we explain the differences.

Please contact us to discuss this more indepth or to see analyses of other parameters.

The datasets for all RES regions are compiled using the same sources and methods. This enables comparison between the regions. Most of the data is supplied by Klimaatmonitor. This data is supplemented with information from CBS. For some parameters regional informatio is not available. For example the split of electricity for households between various households appliances and lighting. We use national data for thoses parameters. ETLocal provides more information about sources and method used.

2. Sum of RES regions vs Netherlands#

The RES datasets are compiled by adding data for municipalities within the region. The sum of the RES regions should equal the NL dataset. However there are differences (see figure below). 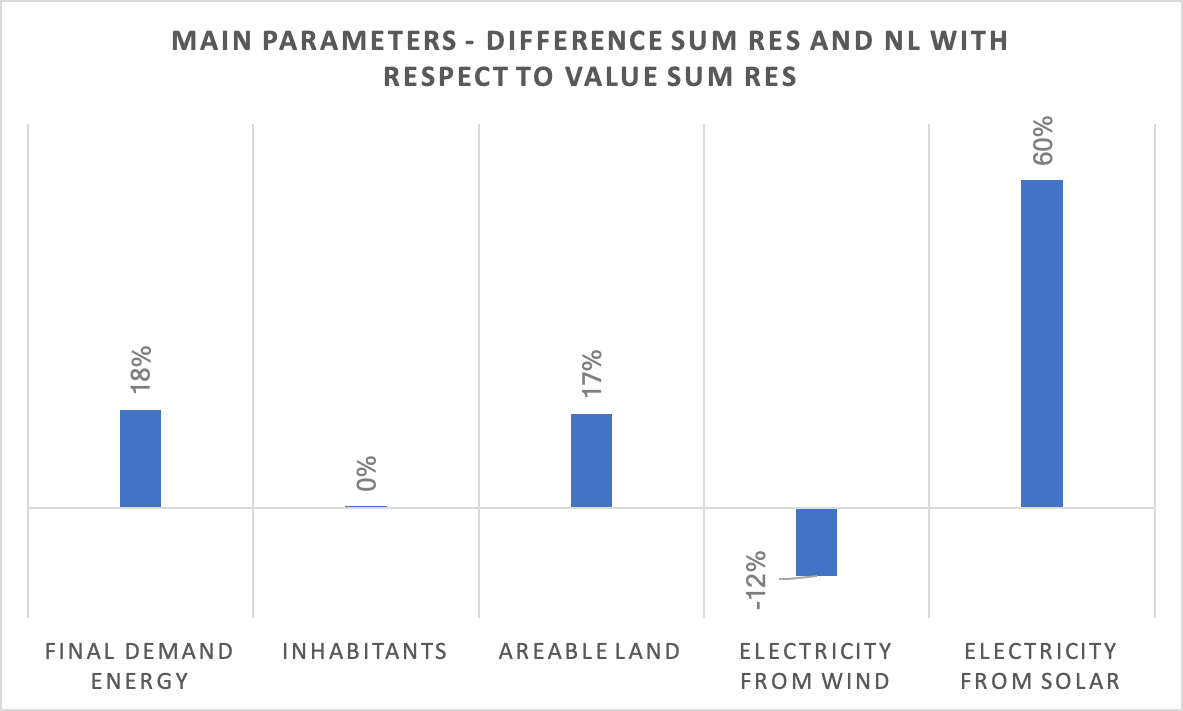 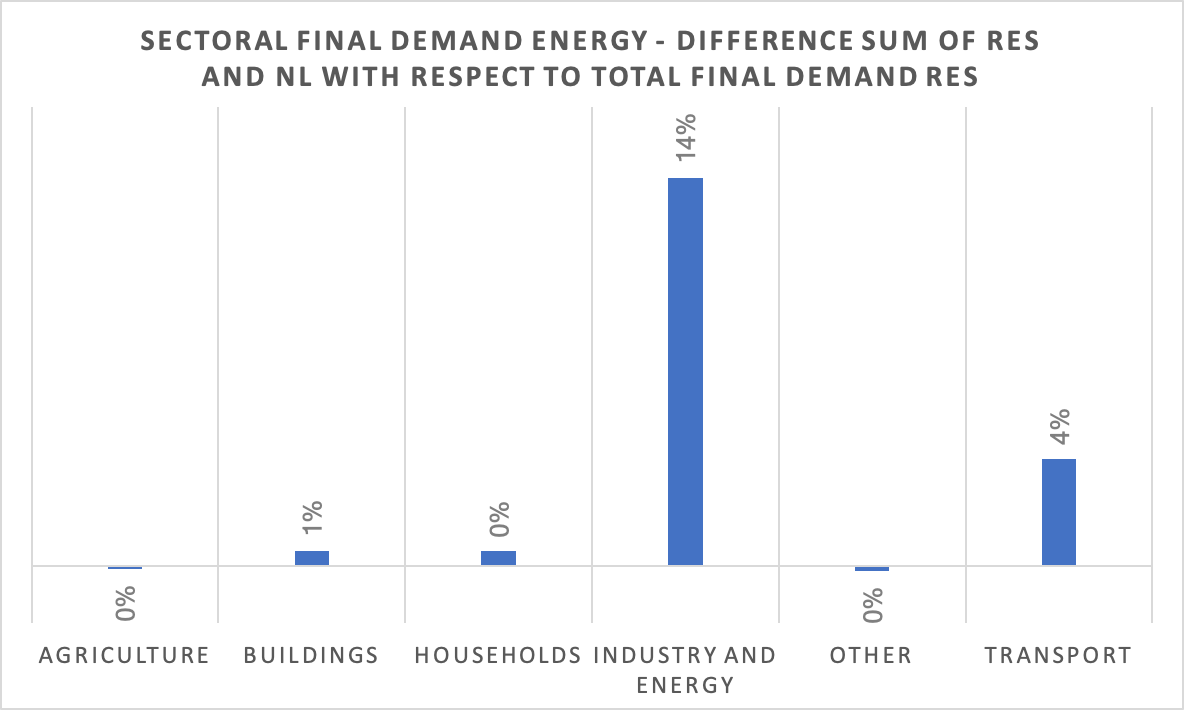 The difference for the transport sector is caused by the difference between 2015 and 2016. The final demand for transport was roughly 3% higher in 2016 than in 2015. Source: Klimaatmonitor.