The LOLE is an important consideration when planning a power system and similar, but more elaborate, versions of this calculation are conducted by the Transmission System Operators of a country (see e.g. TenneT, 2012 (Dutch)). A nonzero LOLE does not necessarily results in blackouts as electricity can be extracted from storage or imported from neighbouring countries. TenneT's brief allows a LOLE of 4 hours/year, but each country may have slightly different standards.

By displaying the LOLE in the ETM, users can see whether they have sufficiently dispatchable electricity production that can meet the expected demand at all times of the year. This calculation confronts users with the importance of having backup capacity if they build scenarios with significant shares of volatile energy technologies. 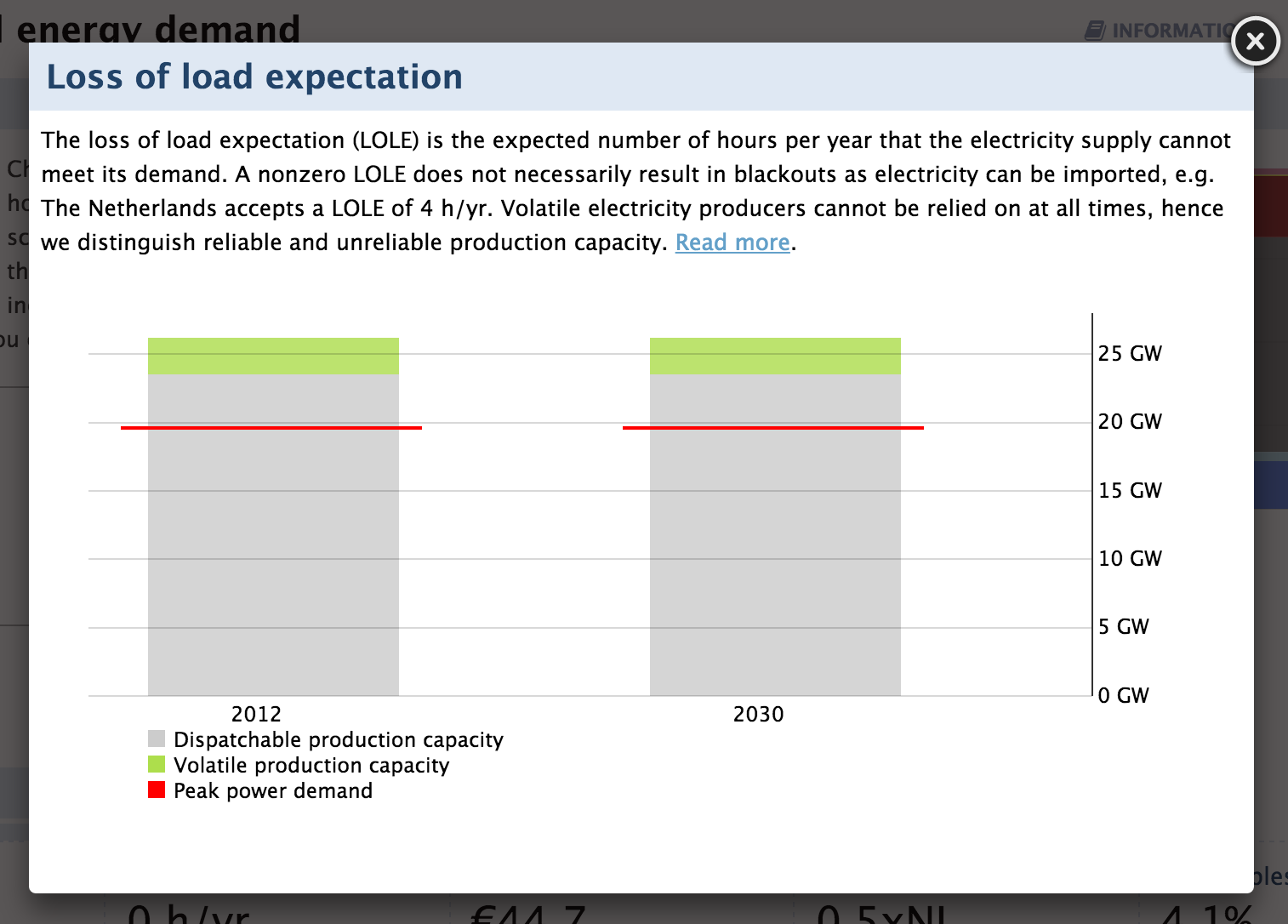 The loss of load dashboard item can be accessed via the flexible dashboard by clicking change on the bottom right corner of the Energy Transition Model interface. If this item is selected, the loss of load expectation is seen in the middle of the dashboard. The displayed number is the expected number of hours per year that the country's electricity production capacity cannot meet its demand. Clicking on the dashboard item reveals a popup showing a chart with the following items for both the present and the future year:

The sum of the dispatchable and volatile production capacity is equal to the total installed capacity.

Several methods exist for calculating the loss of load expectation. Since we like to keep the calculation time of the Energy Transition Model low, we opted for a basic approach, for which we use the following data:

In short, the calculation consists of the following steps.

These three steps are explained in detail below.

In the Energy Transition Model the following type of electricity production is considered volatile:

The residual hourly load profile consists of 8760 data points, representing the residual average hourly load for each hour of the year. We compare each of these 8760 hours to the dispatchable production capacity that was calculated above, and determine at how many of these hours the load exceeds the dispatchable production capacity. This number of hours is defined as the LOLE. The figure below shows a graphical representation of the LOLE calculation. For clarity, the load profile has been represented as a histogram (red). The reliable production capacity is shown as a green line. In this particular case, the LOLE is equal to zero as none of the events in the histogram are to the right of the green line. 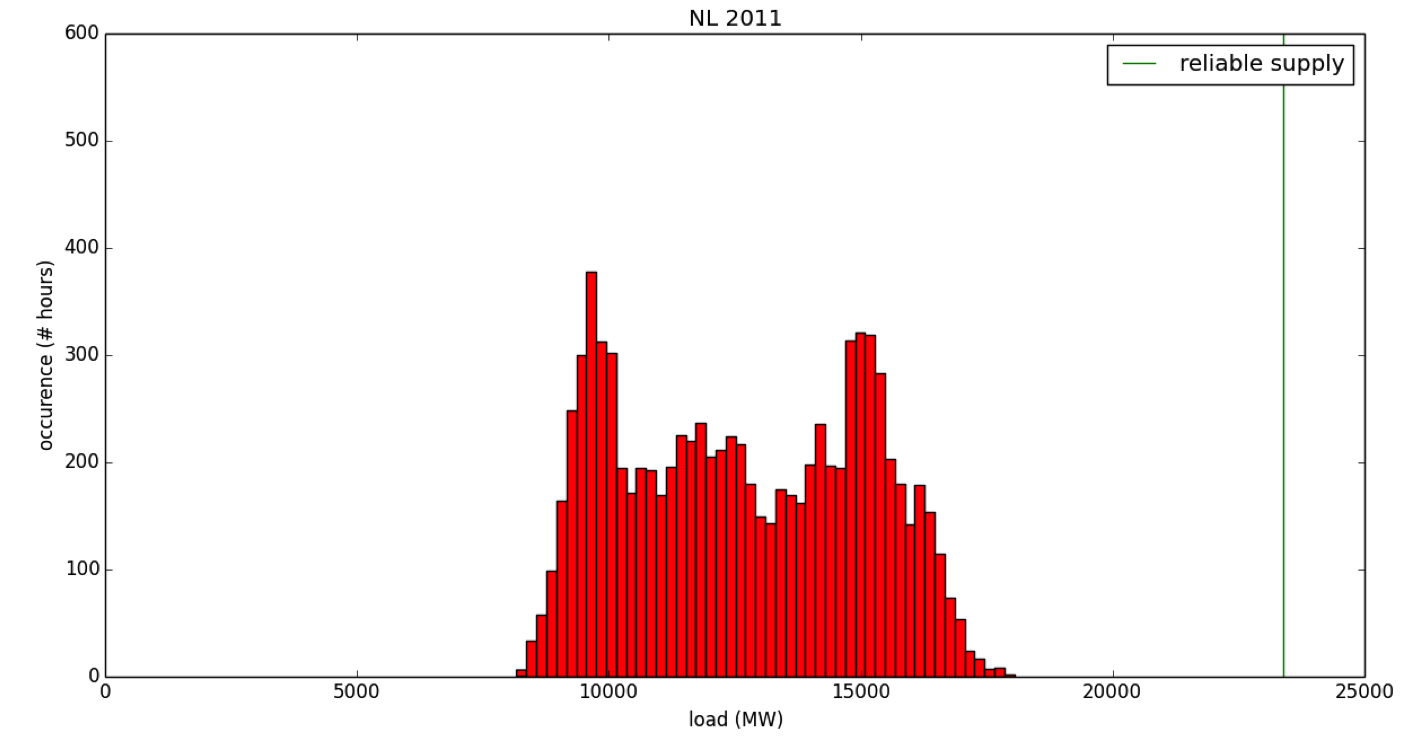 The following aspects of the current LOLE implementation can be improved on and should be subject of further study.