Wind turbines and solar panels are subject to volatile natural patterns. The electricity that they produce might therefore not always be used to match demand directly. This mismatch will lead to excess electricity, in particular in scenarios with large amounts of volatile production capacity. To prevent curtailment of this excess electricity, the ETM contains several flexibility technologies that can make good use of it. 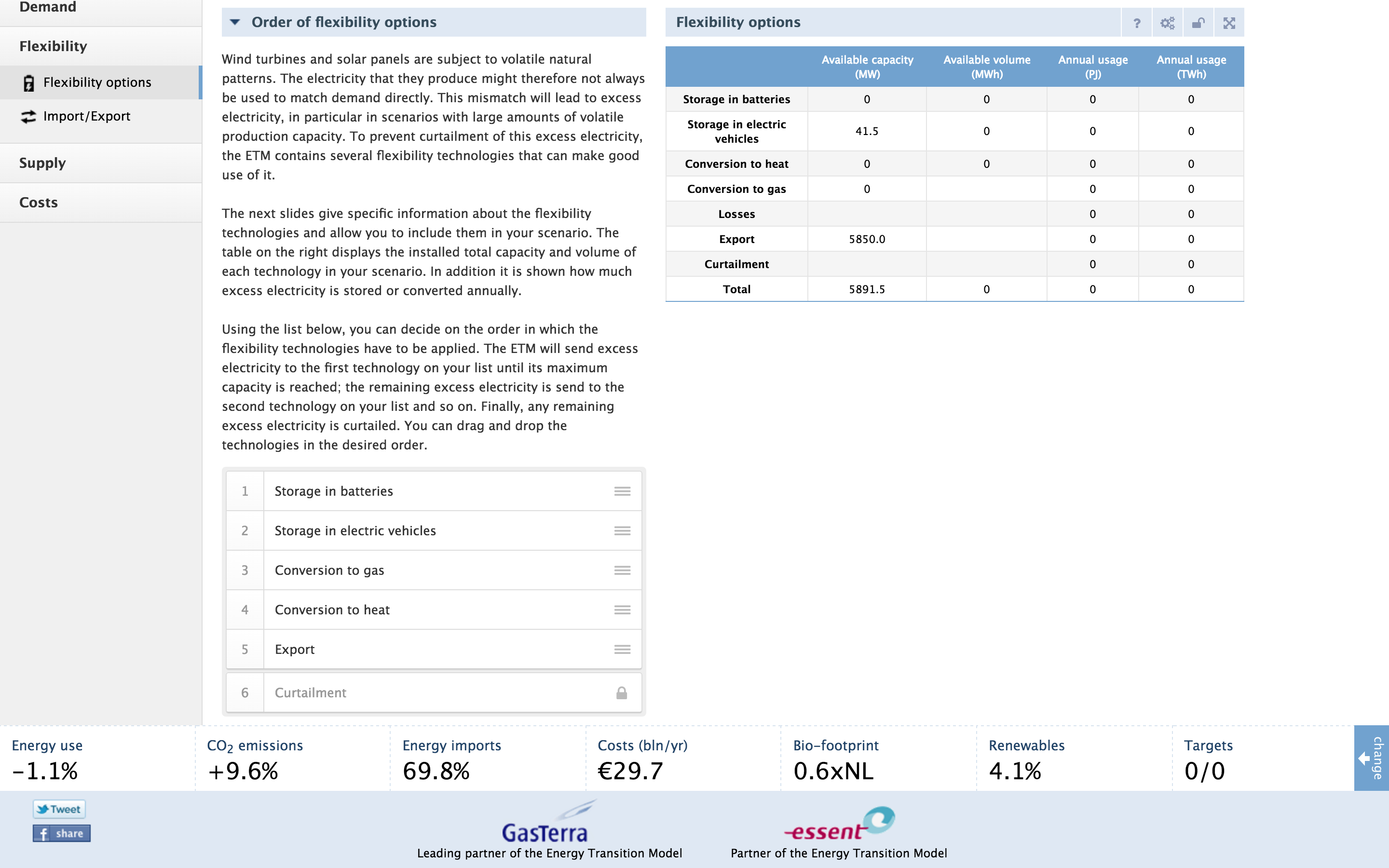 Converting excess electricity into heat is easy. At times of excess electricity supply, an electric boiler can be used to (pre-)heat water for hot water consumption. If the volume of the boiler is selected appropriately, the boiler will on average be emptied once a day, leaving it ready to convert more excess electricity. The user can set the percentage of households that is equipped with a power-to-heat boiler. And the end of a merit order run, the heat generated by power-to-heat for the entire year will be subtracted from the heat demand that needs to be fulfilled by the other heating technologies. The specs of power-to-heat are described in a node source analysis.

Excess electricity can be used to produce hydrogen in an electrolysis process. In the ETM, the hydrogen produced by power-to-gas will be used in the transport sector, provided that you have included hydrogen cars in your scenario. Any excess hydrogen will be exported. The user can set the percentage of hydrogen cars in the car technology slide and review the origin of the hydrogen used by these cars in the hydrogen production slide. The user can decide how many power-to-gas plants to built; their specs are documented in a node source analysis.

Any remaining excess electricity will be curtailed by switching off the wind turbines and solar panels. Curtailment is always the last resort.

To provide insight in the results of the merit order calculation regarding the flexibility options, two charts and a table are provided in the ETM. The first chart shows the hourly use of excess electricity. The second show the annual use of this excess electricity. 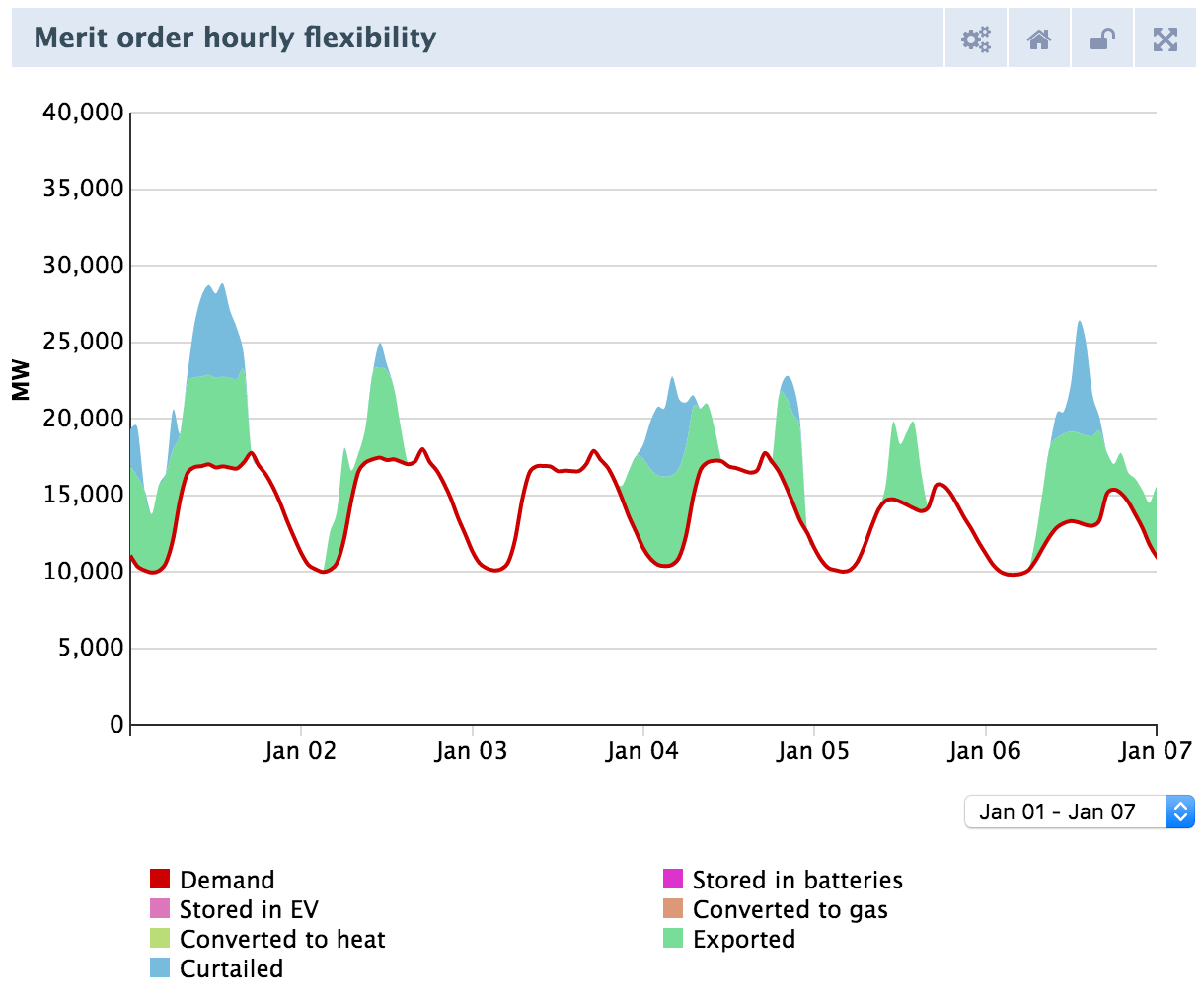 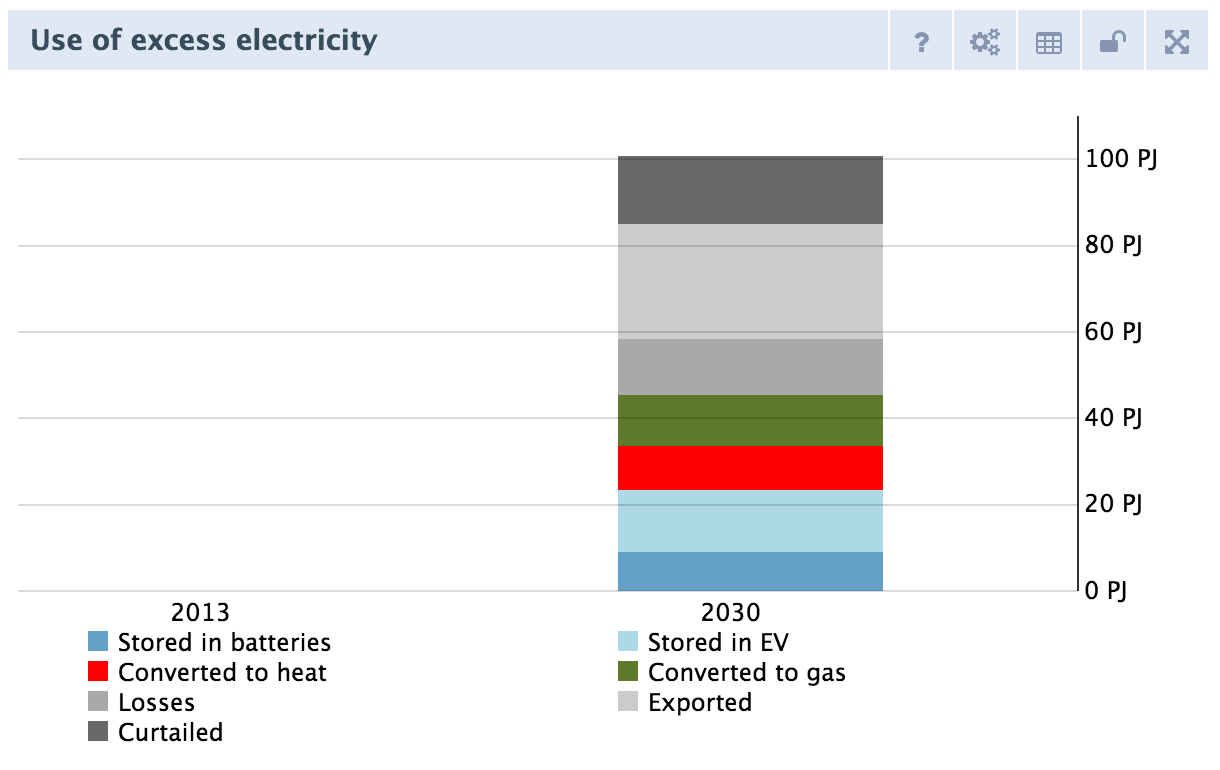 Finally a table is available to provide insight in the available capacities and volumes of the flexibility technologies as well as, again, their annual usage. 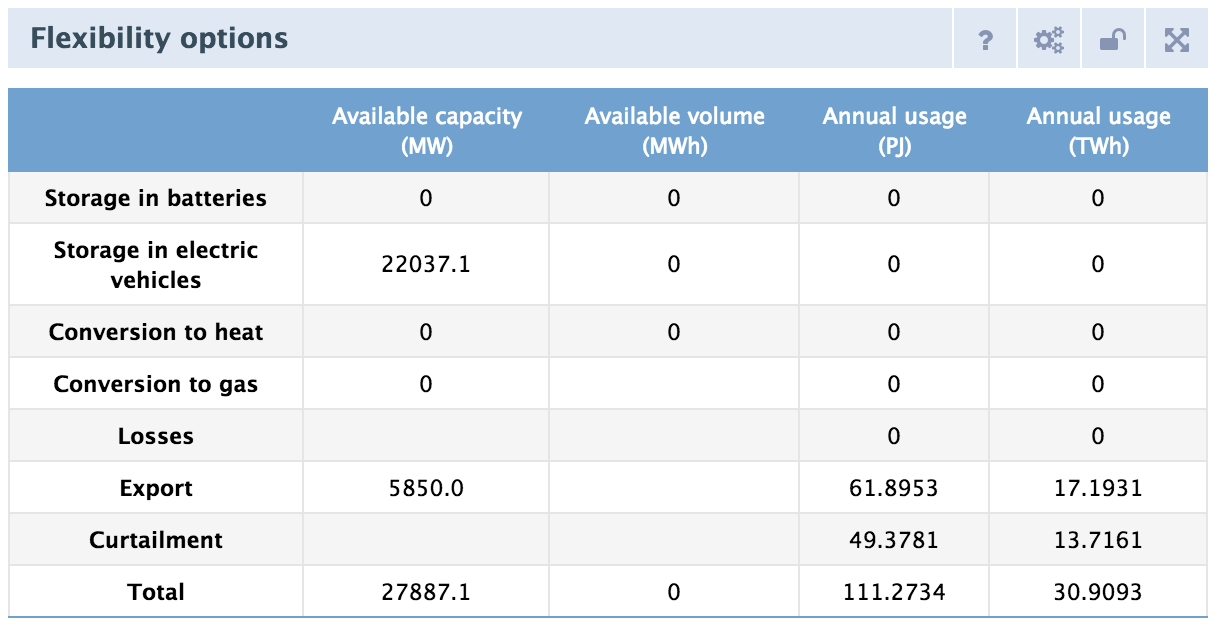